Out On The Dunes!

Qatar International Adventures collected us on time at 2pm, two cars were booked to take us out on the dunes followed by some dinner at their desert camp.

Loading all the water and snacks into the cars we headed off south down the road towards Sealine Resort which lies next to the start of the dunes.

Arriving outside Sealine Resort, we popped into QIAs office and paid our dues and signed the indemnity waiver, hmm, is this a sign of things to come??

With more water taken onboard, we head off into the dunes, but we are told that we are stopping again shortly to sort the tyres out before heading properly into the dunes. A brief stop to let the air out of the tyres and we are back in the cars and out we go. 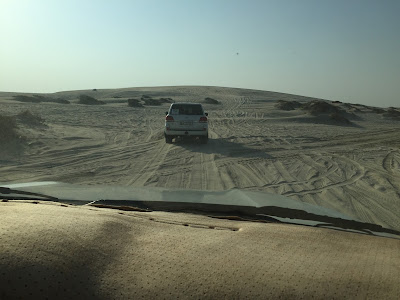 It started off relatively tame and after a short while we stopped for a quick photo op where the sea rolls inland at high tide. 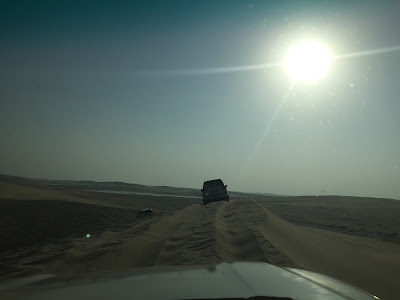 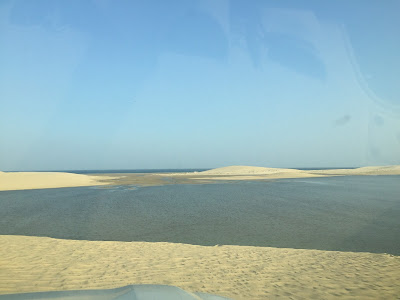 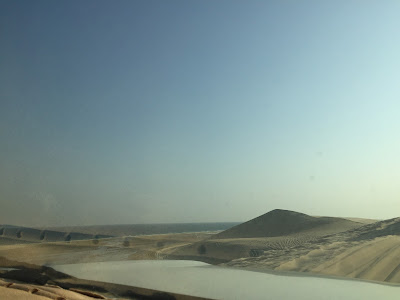 It turned out that the drivers were actually holding back a little as the children were in the cars, but after we told them not to worry and to batter on, things did start to get even more interesting! 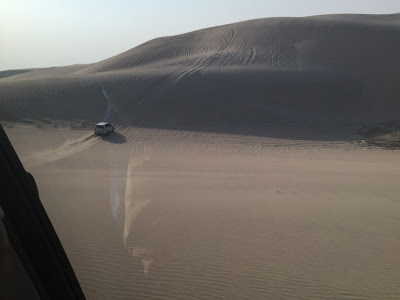 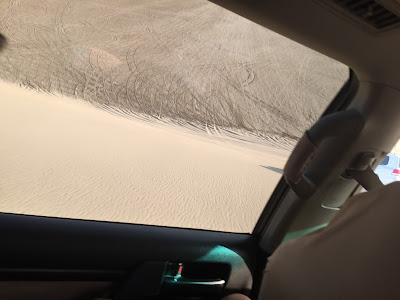 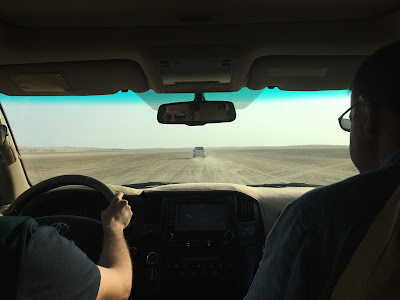 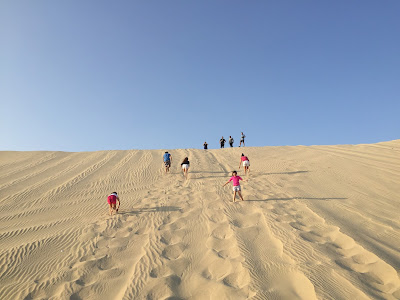 The dune in the photo above was steep, having ran all the way down it, getting back up was a struggle. I don't think my legs had felt that much pain for a long time (maybe not since the last skiing holiday!) Having got back to the top, the driver told us we were going to take the cars down, he didn't tell us however, the front one was going backwards the other would be forwards, bumper to bumper! 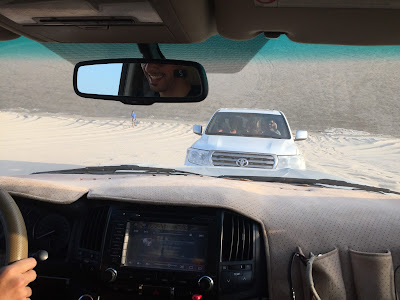 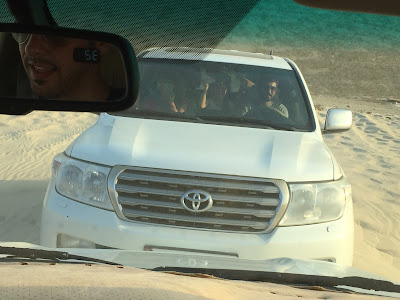 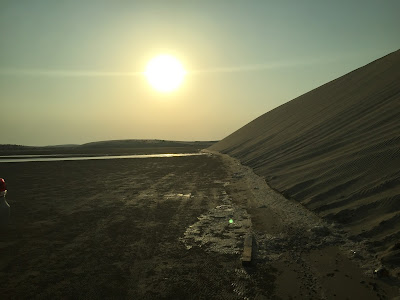 Continuing on, with more dunes and bumps, which were actually quite hard to take video and pictures of while being bounced around, there were a couple of times when it did cross your mind, "how many times has he rolled a car?", but I thought maybe best not to know the answer, so didn't ask! 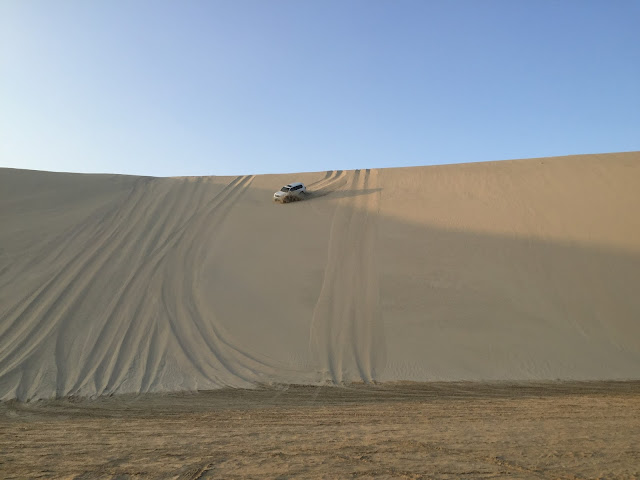 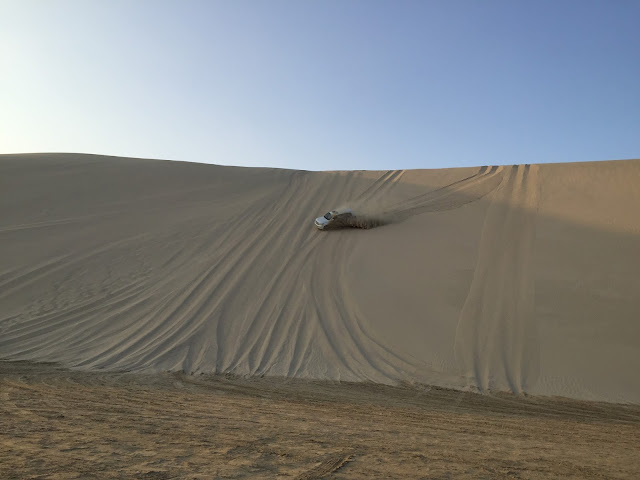 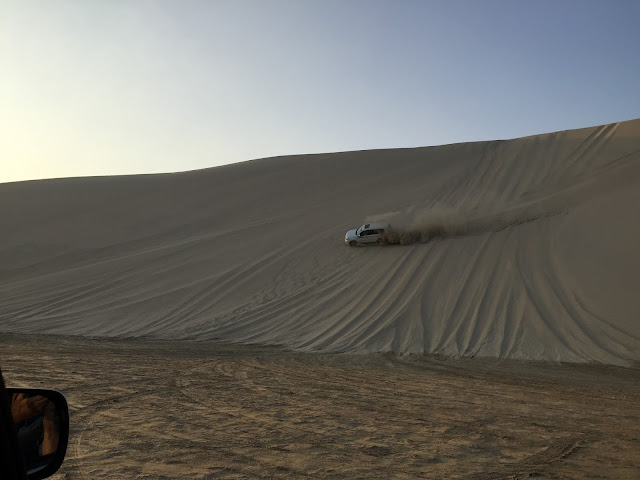 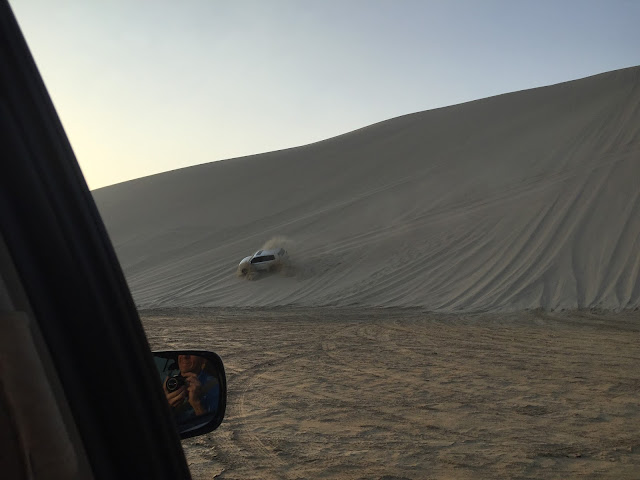 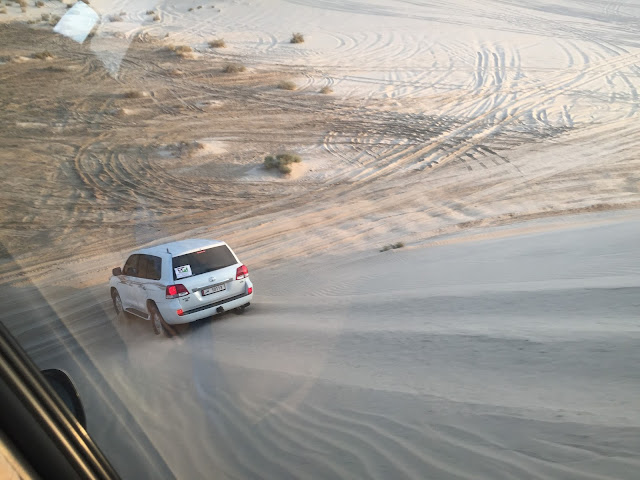 Arriving at camp, we settled down for some relaxing, snacks and BBQ. Watching the light fade over the sea, before the moon started to rise. It was very relaxing just sitting listening to the waves rolling onto the shore. There was only a few other people there, so no hustle and bustle.

With a dip in the sea for some, and burying each other in the sand for the kids, for being in the middle of a desert, the facilities were fine, with toilets and showers, and a couple of tents for us to change etc. all was good. 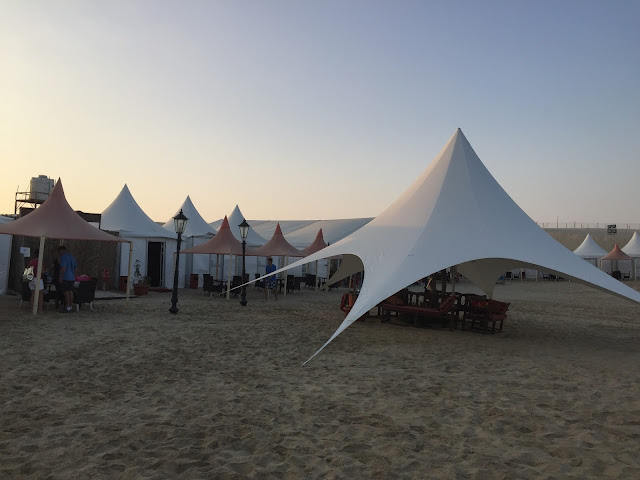 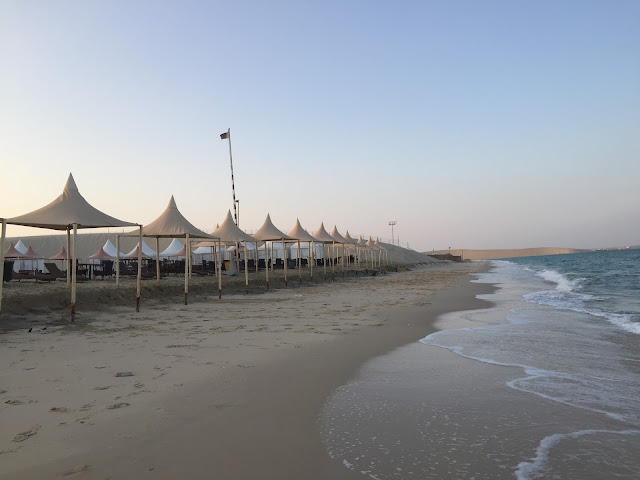 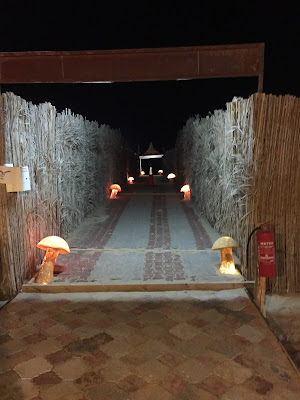 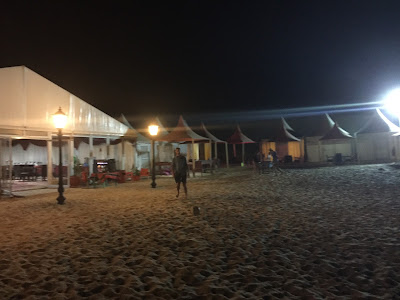 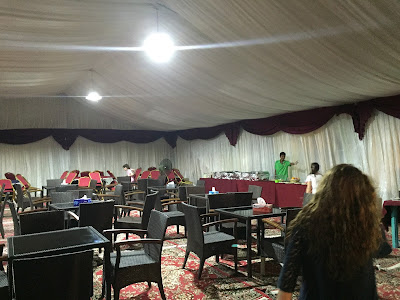 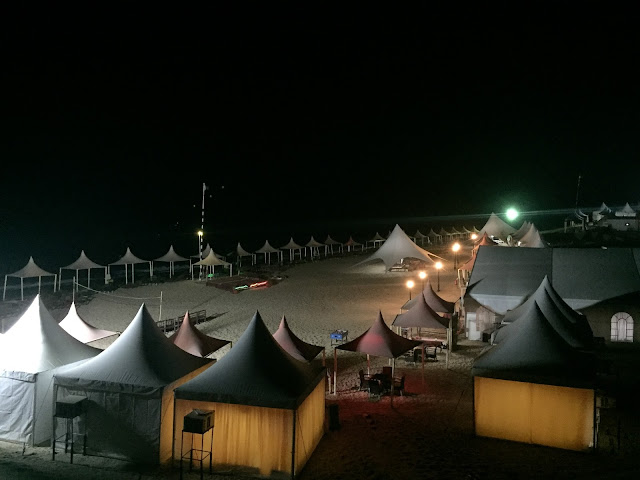 After about 3 hours at camp, we headed back towards sealine, and the dunes certainly looked different at night, and when he is tanking along about 60-70 mph on the rutted sand it certainly shook you up! Back next to their office they refilled the tyres and then took us back to Doha to drop us off at the Villa. An end to a good afternoon/evening (about 7 hours in total).