Today, I had a course over at the Technology Centre. started at 7am. So, looked at the map and could see it was pretty easy to get to, along Salwa Road, hang a right onto Doha Expressway, then hang a left to the Tech Park a few miles down the expressway.

Thought I would leave at 6.15 as that should give me enough time. Got up this morning, was ready and out the door and in the car at 06:10. proceeding along the Salway Road, missed the Expressway. the turn off was ages before the actual road, so I didn't think it looked right and though there was maybe another junction just ahead. So, next thing I'm over the express way flyover and looking down the express way it was chock a block. Looking at the map I elected to just follow the road that ran parallel to the expressway. It was surprisingly quiet. Got to the turn off of the tech park, and due to all the roadwaorks missed that exit. It looked more like a roadworks entrance than the actual turn off. By now it was 6:50. I spent the next 30 minutes trying to find my way into the tech park, going round in circles, even got to the staff gate, but the guard turned me round and gave me a map to find the visitor gate. Anyway, eventually finds it, parks up and then headed over to the class. I wan't even the last one there and there were more to follow some 20 minutes later.

Looks like I am there again on Thursday, so hopefully won't make the same mistake again!

The way back was a lot easier into the town centre. Parked the car in the car park and took a walk along the road to the City Mall to go into HSBC to set up bank accounts. Fortunately I was prepared and had my Residents Permit, Passport, Letter from Work, so it was a simple case of discuss what accounts I wanted (USD and QAR), turns out although the account carried fees for certain activity, employess of some companies have the fees waived and the bank guy simply told me to write on the charge sheet 'No Charges' and then sign. They would send me a text to my Qatar mobile in a couple of days and I can go in and collection the cards, account details and set up all the internet banking etc. Short, sweet and painless!

After this, time was pressing, so headed back across town to the apartment. Grabbed a bite to eat, namely some grilled Cathedral City cheddar on toast , a can of Blood Orange San Pellegrino and headed out onto the balcony to eat. If it wasn't for the sun beating down, I could have been eating some lunch in Aberdeen!

The relocation rep turned up to take me out to visit my two allocated villas to choose from. They couldn't have been more different;

The first was in Al Nasim and was a large walled garden villa. The rooms were big, the bedrooms/kitchen/hallways were all a great size. 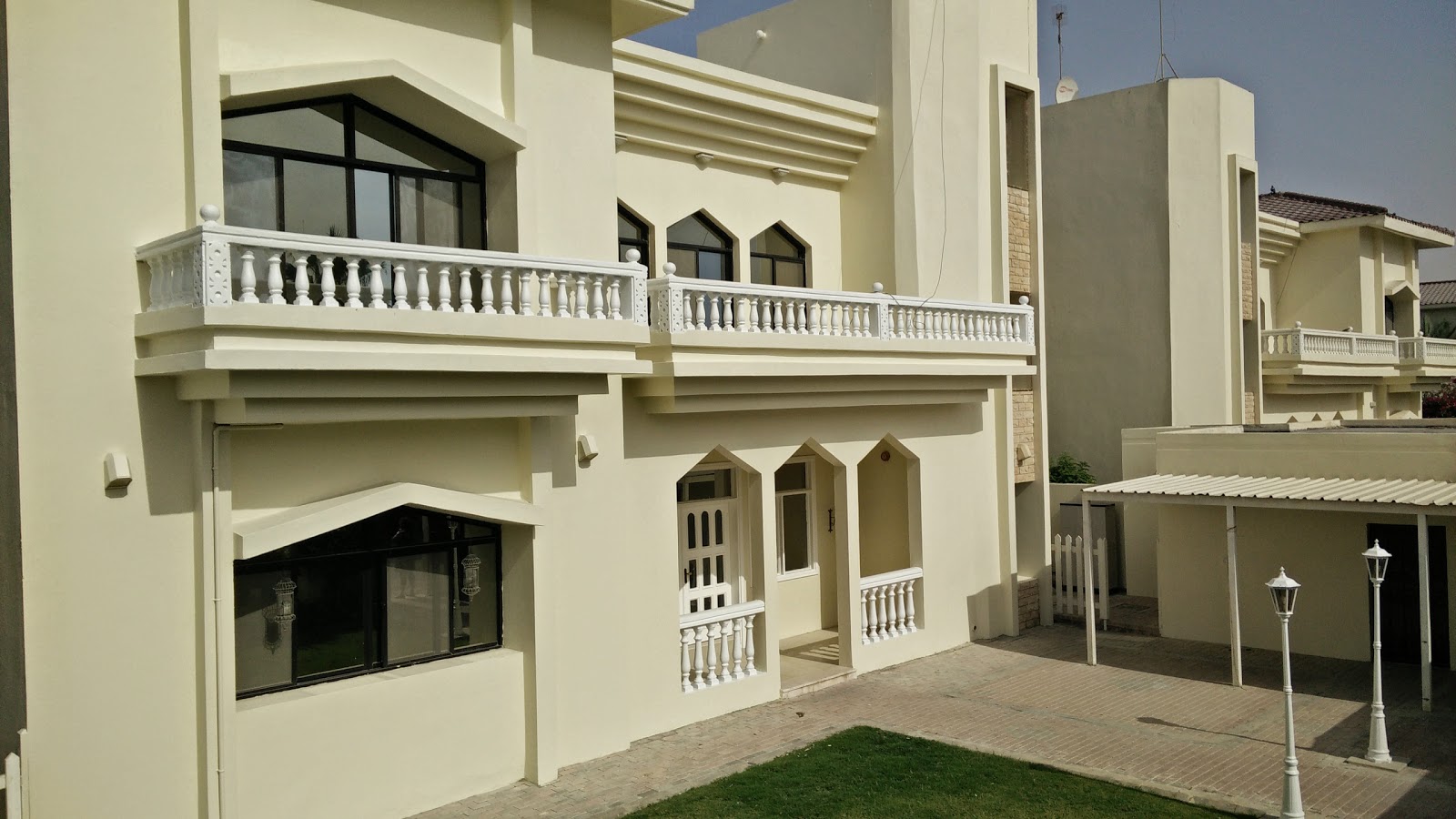 The second was in Mirage Villa Compound. This was a more modern villa, large 3 floors, but will small outdoor space in comparison. 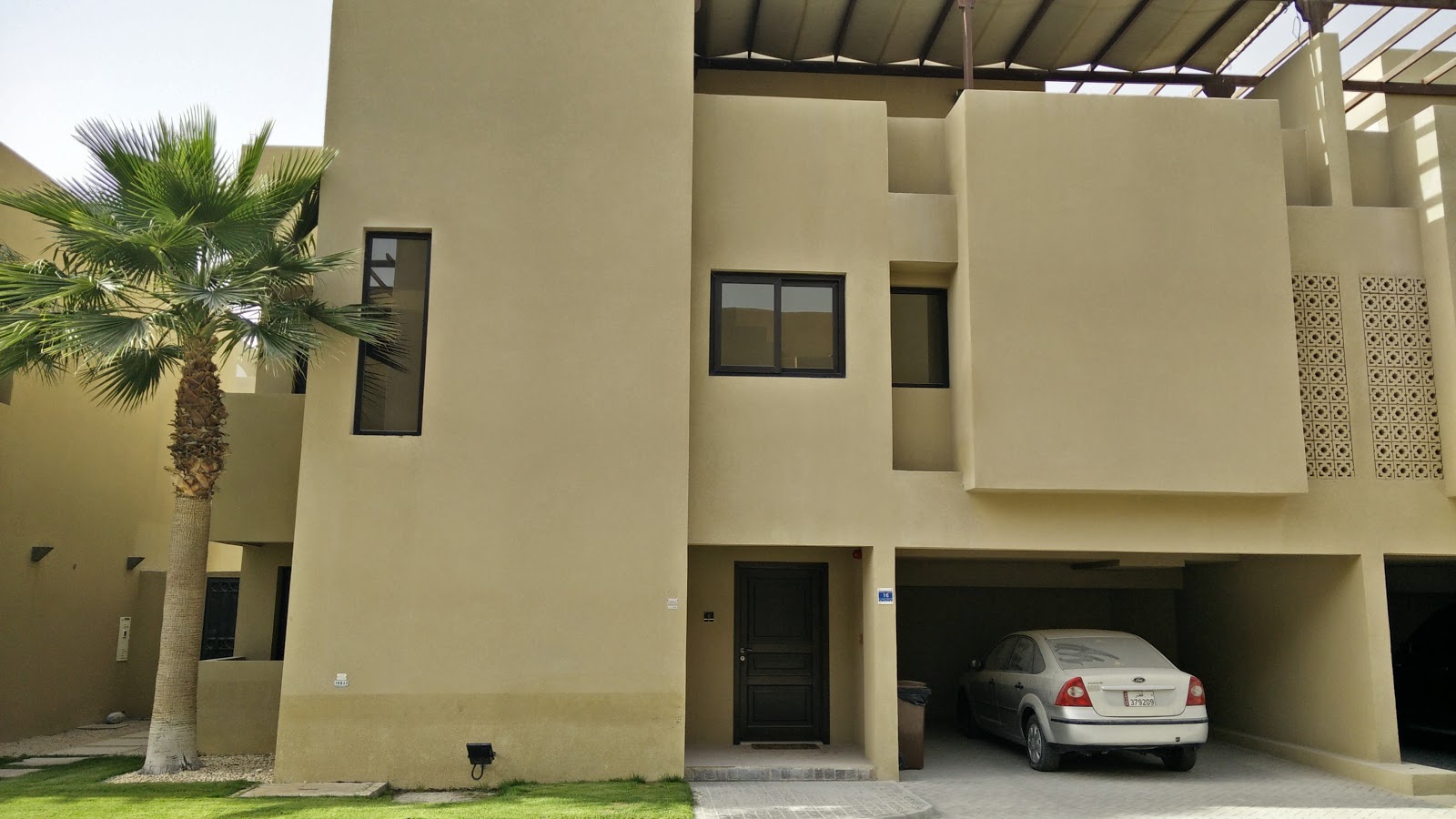 To me the choice was clear and the rep said that getting one like the first is a rare opportunity and can't be over looked. So, dropped an email back later one saying I would take the first one.

Can't wait to get the keys soon and then for my shipment to arrive and get in and get it ready. Have a feeling I will need to be investing in furniture!
Labels: Banking Driving Property
Location: Doha, Qatar

Hi there, thank you for reading and sharing your comments, please keep it clean as my kids are probably reading and no spam/linking off to other commercial sites!