And so that is the end of another year!

Arriving home from offshore on the 22nd December can only mean one thing......it is nearly Christmas once again!

The kids were already on holiday from school. After getting back to the villa and a quick change, it was out for some last minute shopping. The kids wanted to head out to Mall of Qatar, and I had never been before so no excuse not to. Although had a feeling being a Thursday and afternoon thought it would be mobbed!

We got there with out any problem, parked up the car - in the monstrous underground car park - and headed up to the shops. This place is going to get some getting use to, yes it is big, no, not fully open yet, but not knowing where the shops are, it felt like we kept going round in circles and missing most of it. The kids and I had wandered off leaving the wife to have some peace. Got a couple of shops the kids wanted in, and a few other bits and bobs, then headed down to the food area.

The wife wasn't answering her phone, so we just waited for a bit, a show had just started on the stage area, so they were occupied. Once N had arrived, it was time for food. We went into Carluccio's, as there were plenty of seats, The Cheesecake Factory was on a minimum wait time of approximately 20-30 minutes, so that wasn't happening! Anyway, good meal, so no complaints. Kids also got to watch another show while eating, so kept them amused.

That evening was the start of the festive 'beverages', the neighbours came in and rolled out a some point in time later on. So this leave is off to a good start!

Next day, 23rd, we had another party at one of the school parents villa, armed with festive jumper and Snoopy Christmas hat and a bag that went 'clink clink' when you walked, this turned into another excellent evening, the kids occupied themselves in the pool and playing the console and eating far too much, while the parents sat outside eating too much and feeling very merry!

The 24th soon rolled round, I had left the car over at the villa from yesterday, and given the fact it was a lovely morning (no shock!) I headed off for a walk to pick it up. Took an hour to walk, so felt very refreshed by the time I go there. The afternoon was a catch up on the last few things and then kids off to bed. Time to wrap the last few presents before tomorrows chaos unfolds...

Now the 25th, it wasn't long after we had headed to bed, we were pretty sure that the youngest was now up, either that or Santa had arrived. We pretended we didn't hear it, so we could get some sleep, it felt like the eyes had only just closed and it was morning. Woken by hyper children! Time to get up then....

The usual Christmas morning of presents and hyper children filled the day. I think they were both delighted with their Google Pixel phones and Daydream VR headsets, not sure how long the youngest will take to break her's but time will tell.........I should have bought a cheaper one (it was her first phone), but if she didn't get the same as her sister, then there would have only been arguments.

We had the neighbours coming round for Christmas Day, so I headed over to the Radisson to collect the Turkey & Trimmings. 11.30am was our time slot and we were #20 on the list.......fortunately it is just across the road. As soon as I got back, that was it, beer and bubbles time! A great day had. The food was very good once again.

The next day our neighbours were sadly packing up to leave the country, so we were looking after the dogs for a few days. kept the kids occupied. We also managed to acquire a number of plants both indoor and out, so.

The area has also seen quite a few days of fog in the mornings, there has been some amazing pictures of the skyscrapers of West Bay and the Pearl popping through, but the building architecture also gave way to some amazing ray reflection pictures, like the two pictures below by Saudita Ema (pictures used with permission); 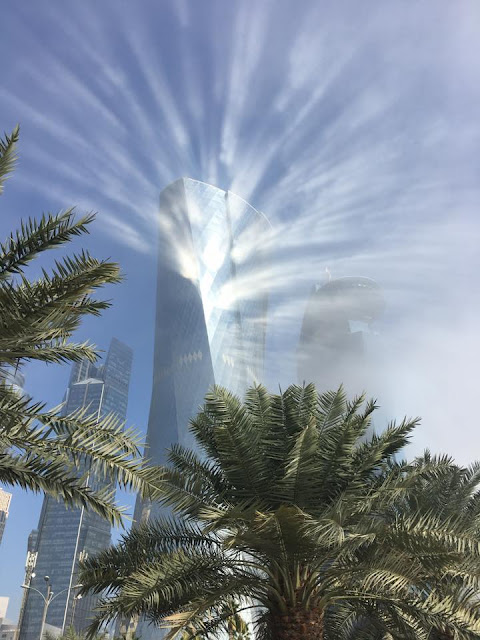 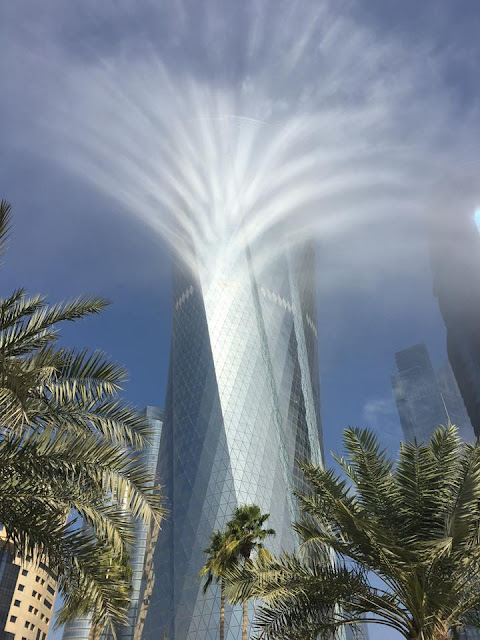 New Year fast approached, and we had considered a couple of places to go for a meal with the kids, but they were doing fixed menu's that really didn't appeal (particularly for the kids) so we ended up heading to The Anvil Rooms which is located on the 28th floor of Tornado Tower. They were serving the normal A la Carte menu (with the all important steak!) add the restaurant is licensed, so perfect!

Heading down into the city centre in the evening we arrived at the restaurant for 7pm and was surprised how quiet the town and place was. The buildings were all lit up and we had a great view out of over the Corniche.

We arrived home after a great meal, I think Maya was the only one who managed to stay awake for midnight, I feel asleep watching the telly, and Nadia fell asleep in Sasha's bed.....Rock n' Roll! 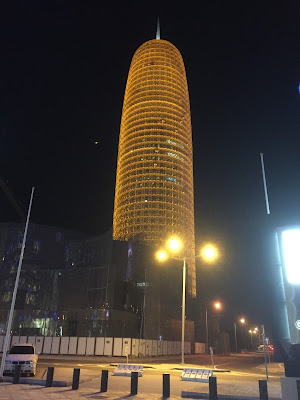 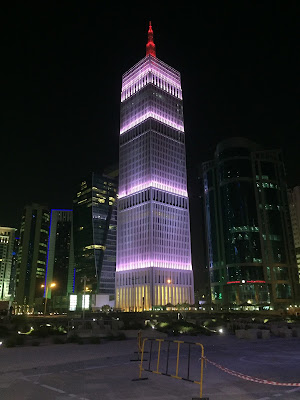 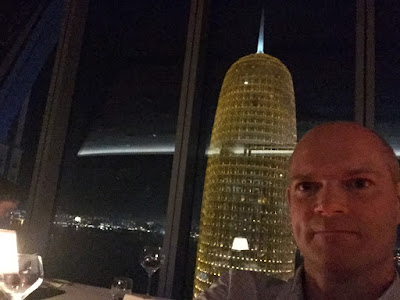 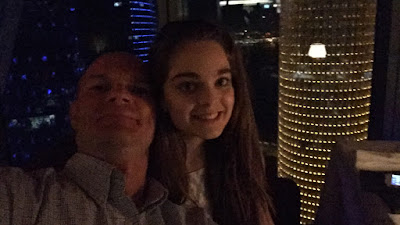 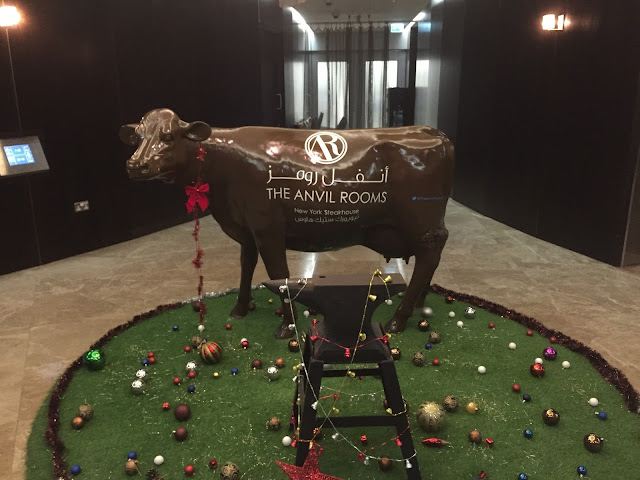 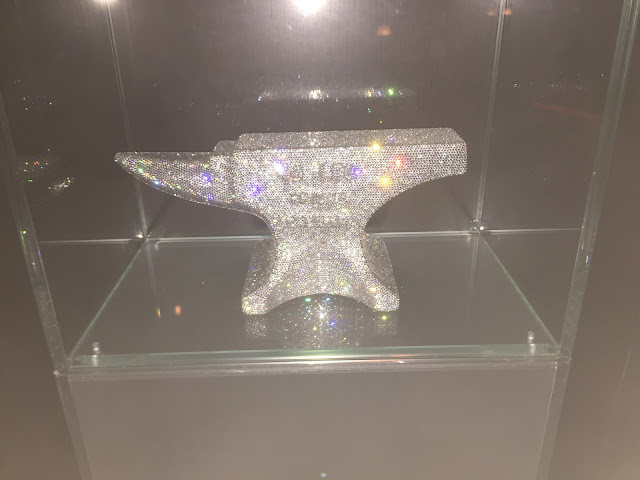 let's see what this one brings!