At the back of the villa around the air conditioning units, there is an area that was were a pile of bricks and construction materials had been left. There was also a strip of earth where the weeds would grow. Under the soil was also stone fragments mixed in.

You can see this in the photo below I took way back in March 2015.

Just behind the air con units to the left (underneath where the hook on the wall is) there is a pile long narrow pile of gravel and more of the terracotta bricks (like the ones in the foreground) holding it back. It wasn't very tidy at all.

At the front of the house in the corner of the garden and at various other locations around the house there were piles of old stone.

After getting hold of some hessian material from the wholesale market, I used this as barrier from the underlying soil and placed the stones around the edges before in filling with the gravel.

The terracotta bricks were stacked at one end to act as a barrier wall from the garden area and keeps Sheldon in his area.

After two evenings of moving stones and shovelling gravel in 40+'C heat I think that it looks a lot tidier now. 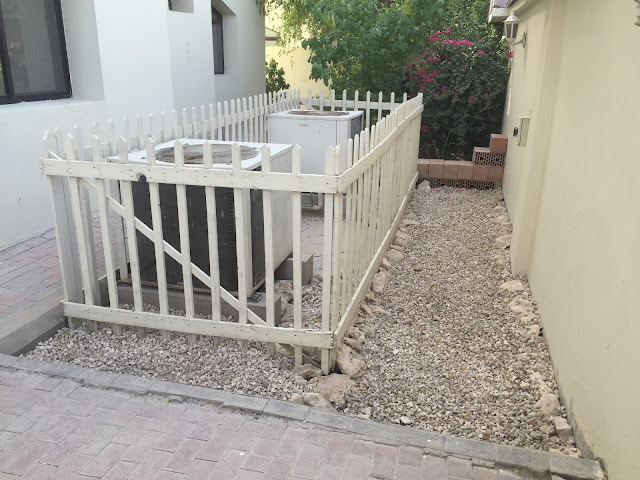 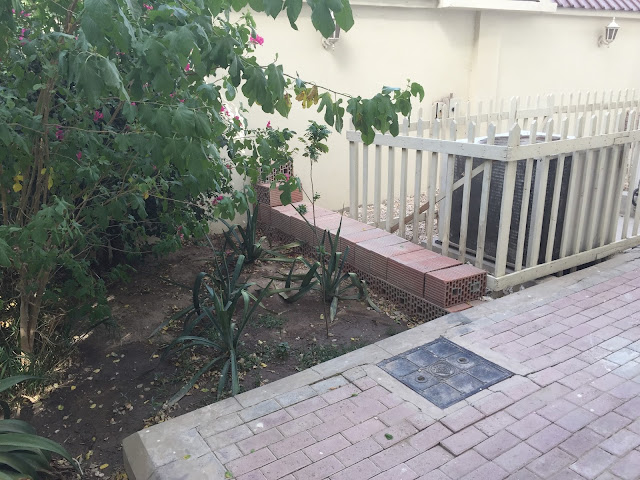 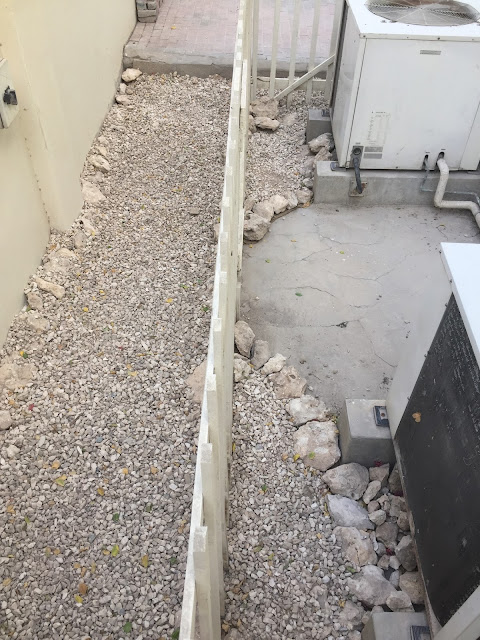 After removing the gravel, giving the patio a sweep and hose down, it is also looking a lot neater and bigger (not that we use this area for anything). You can just make out on the bricks and the wall where the gravel covered, will need to get the jetwash on it to give it a proper scrub. 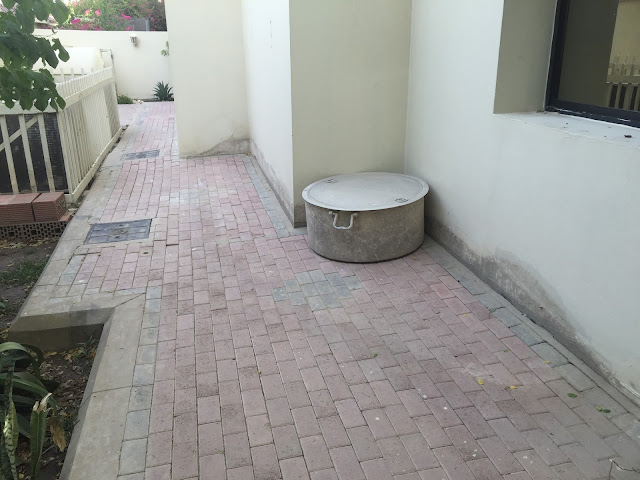 At the front of the garden, there was big bush next to the gate that was overgrown, thick with dead growth and was a bit of an untidy eyesore, so have also cut that right back to the main stalk with growth and will see how it comes back over time. After taking it right back it appears that there is also another two of these growing so will see how they all re-grow before deciding what stays. Cleared out all the scraggy ground cover and dug out a couple of annoying ivy root balls that were growing a taking over all the bushes.

It is amazing how quickly things grow back so will see how it shapes up over summer before deciding what is getting thinned out next!
Labels: General Leisure Property
Location: Doha, Qatar