A busy day today! Twice across the city and offshore courses...

Yesterday, other than just "another day in the office", it was eye test day for the Qatar Driving License. There were quite a number of staff and family members all meeting at the Al Rayah Driving School for this part of the process.

Leaving the office a bit later than originally planned due to being in a course, me plus one headed over through the traffic with Waze happily navigating us there with backup map provided by the office. We arrived bang on time to meet the rest of the crowd.

We were handed a pre-completed form and ushered one at a time into the eye test room, handing over the UK driving license and the form to the official, took a seat and looked at an image projected on a screen.

The image was simply a line of 5 letters, and the official flicked the image back and forth between two sets of letters and we had to read back what we could see covering one eye at a time. Job done. and we left.

Today, we got an email from the company official saying our Qatar driving license was ready to be collected from the Government Affairs department. That was quick!

Fortunately the UK license is directly transferable to local license without the need for anything other than the eye test. It was absolutely manic outside the test centre with people coming and going for "proper" driving tests, I'm surprised it isn't an accident black spot outside it!

Today, I was over at the Qatar Science and Technology Centre again for what was meant to be a meeting all day. Having just been there on Monday, I gave myself a bit more time, took basically the same route, but this time didn't miss the entrance in the roadworks, so arrived with time to spare.

The QSTC is quite an impressive building as you can see below;
Behind where I was standing to the take the picture, there is also the Qatar National Convention Centre, which as you can see is also another imposing building.
Just as the session got going, I had a phone call from my boss saying that I needed to get back to the office as they had arranged my H2S course for going offshore and also needed to get a picture taken for the QP Pass for offshore. They are desperate to get me out there as soon as possible and aiming for Sunday afternoon.

Shot back to the office after a few hours, picked up my driving licenses (Qatar and UK) from Government Affairs and then met my boss at his desk and he took me down to get the photo for the QP Pass. He also handed me joining instructions for the H2S course which was back across town at the Qatar International Safety Centre (QISC).

Below is what the Qatar Driving License looks like. 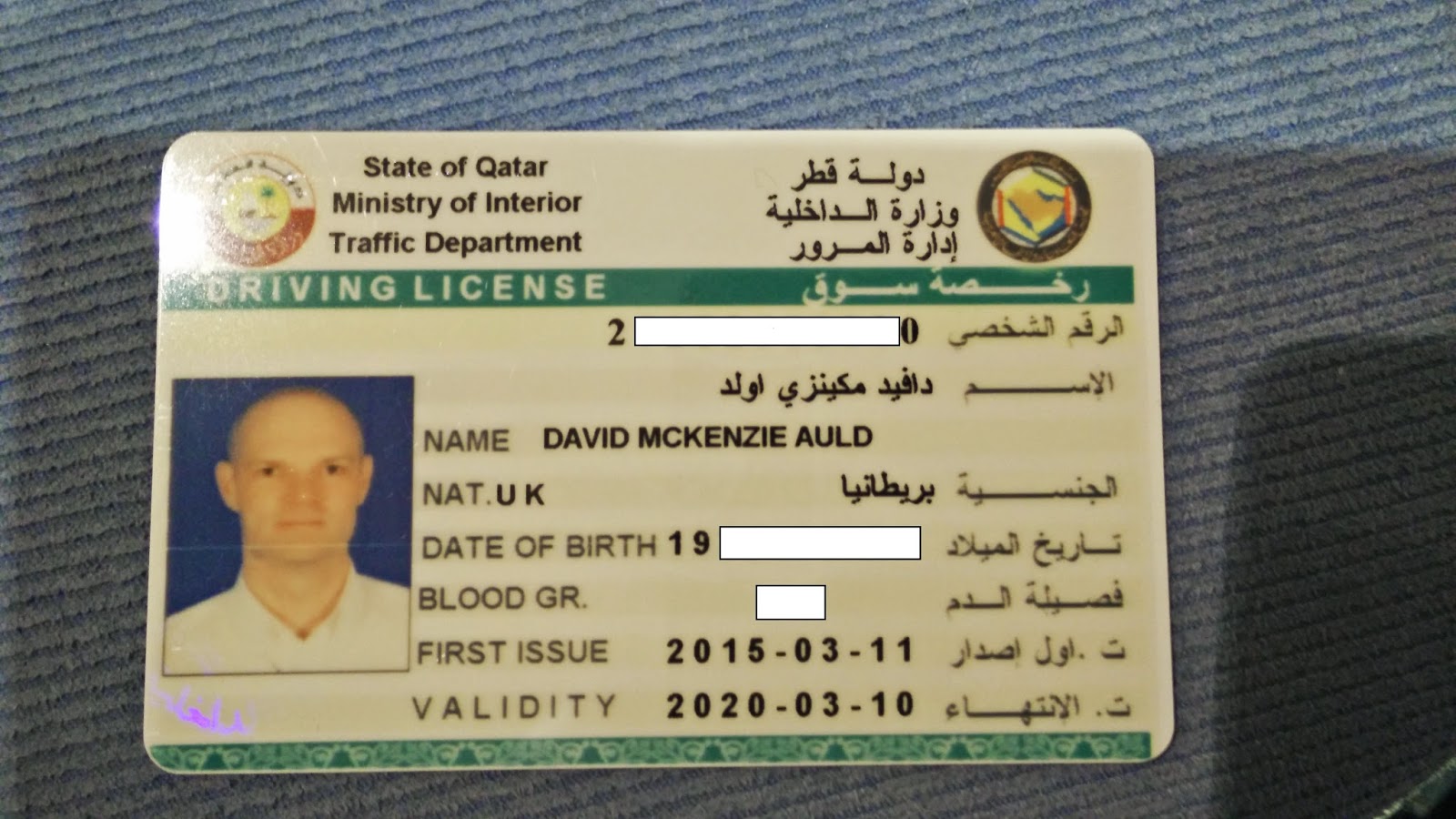 The QISC covers various courses like fire team, offshore survival, MEM and of course H2S. The centre was just like the centres in the UK.

The course was also OPITO approved, and covered the basic theory around H2S and its hazards/responses, a 13 minute video summarising the discussion, as well as practical exercises on donning escape sets and escape hoods. The donning exercises had to be completed within 30 Seconds from sound of alarm to pass. There was also a 22 question multiple choice assessment with an 18/22 pass rate. The course would normally take 3 to 4 hours depending on how many persons were attending, but I was just there myself so manage to get through it completely in about 1.5 hours. I found it quite amusing when he asked during the course what my job role was and when I said OIM, it was like royalty had just walked into the room, and at the end of the course he got one of his colleagues to come and take a photo of him next to me! I received my certificate and headed off back to the apartment and then photographed the cert and emailed it to the company offshore travel department so they had it ready for Sunday morning to get the offshore pass sorted out as a priority.

Leaving the QISC, I went a slightly different route through the industrial centre, and met some of the largest pot holes that could have easily swallowed a small plane. Fortunately I was paying attention, as the roads have been perfect here, so I was quite happily bombing along then these things appeared. Think these 'streets' had been given up on in the industrial estate and all the trucks have churned up the tarmac. Just glad I was in a large 4x4 and not a car!

A busy day and the most miles covered back and forth across Doha, so needless to say the sofa is such a welcoming object this evening...

Hi there, thank you for reading and sharing your comments, please keep it clean as my kids are probably reading and no spam/linking off to other commercial sites!