Today, me and the neighbour took a run out to the Villaggio Mall in the Aspire Zone for a bite to eat and to get some more clothes for offshore.

Arriving at the mall we headed in the nearest entrance and walking in the door it just completely makes you forget you are effectively in the desert!

With sky painted roof, the street lights the shop designs, everything just 'works.' 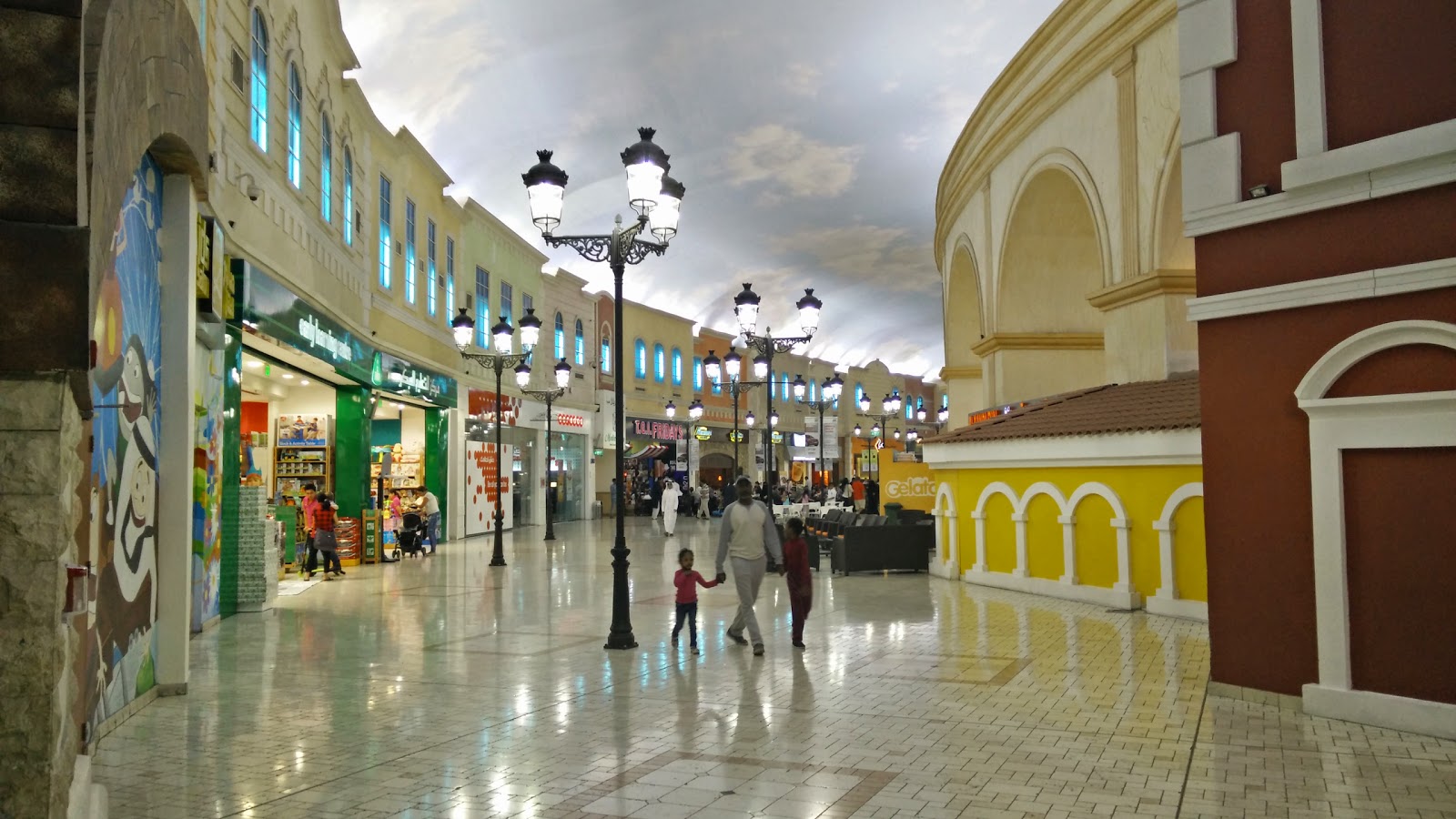 Walking round there is also the fun fair, ice rink, cinema, go karts, laser tag and a whole host of things other than just shopping.
We stopped by "The Butchers Shop & Grill" for a rather tasty Scampi starter, followed by a 10oz Sirloin. I felt that the food was very reasonably priced, the steak for example was 86QAR which is approx 16GBP.

Took a wander round the mall and popped into various stores looking for some decent cargo shorts to take offshore. Managed to find some in Quicksilver and in GAP. Many of the UK familiar high steet stores can be found in the mall, even Boots and Marks And Spencer!

There is of course also a section of the mall where all the premium luxury brands could be found, and there were also some others "opening soon" including Cartier.

After getting what we headed out, I knew there was a petrol station towards the end of Salwa Road somewhere so headed off on another mystery tour through the streets, but found the petrol station and filled up. Well, actually the station attendants filled the car up, I didn't even get out the car. I think this is the cheapest petrol that I have ever bought. 65Litres = 56QAR or 10.40GBP = 16pence/litre (currently approx 127pence / litre in the UK).

After this stopped in by a few of the car garages to. Being Friday, some of brands were closed, e.g. Mercedes, Audia and the Harley Davidson motorbike shop. Maybe something to do tomorrow!

In the Renault garage they had the new electric Twizy. With its scissor doors and its 2 seater front and back arrangement, it was an odd wee thing. Anyway, had to have a seat in it and it did feel weird. I don't think I would feel safe driving this round the streets of Doha!

In the garages we looked at all the big 4x4s and must say the Ford Expedition was quite impressive and would certainly be high on my list of options if I was to buy another 4x4. It was BIG with full kitted out DVD screens from and rear and all sorts of other gadgets. Mind you, there was a rather nice Audi R8 V10 in Matt Sepang Blue with Carbon Blades sitting outside the Audi dealership..hmmm.....unfortunately missed the Aston Martin garage junction, so never got a look in there!